12 Things to do in Windsor and Eton
for Families

Windsor is perfect for family holidays. With lots of parks and walks, there are indoor attractions too.  You’ll be pleasantly surprised at how much there is to do.

The most popular of all the Royal Estate locations are Windsor Castle and Frogmore House which received over 1.6 million visitors which is three times more visitors in 2018/19 than Buckingham Palace.

At Windsor Castle you can visit:

State Apartments are used by The Queen and members of the Royal Family. Within these rooms The Queen hosts official visits by Heads of State from other countries, investitures, and awards ceremonies, where British men and women are recognised for their achievements.

Queen Mary’s Dolls House. Is the largest in the world. Built with exquisite craftmanship between 1921 and 1924, it showcases the work of the most gifted artisans, craftsmen, artists and manufacturers in the world. A perfect miniature palace begins a tour around the real thing.

St George’s Chapel. Discover the rich history of the Chapel from its medieval architecture and treasures, to the Tudors and Stuarts, and from Queen Victoria to the present day. The Chapel is home to the Order of the Garter and as the burial site of 10 monarchs, including Henry VIII. It is a place of worship and there are services every day which the public are welcome to attend.

The original Frogmore House was commissioned by Charles II. The name derives from the preponderance of frogs which have always lived in this low-lying marshy area.

Located in the Home Park of Windsor Castle, Frogmore House has been a favourite royal retreat for more than 300 years.

The Changing of the Guard 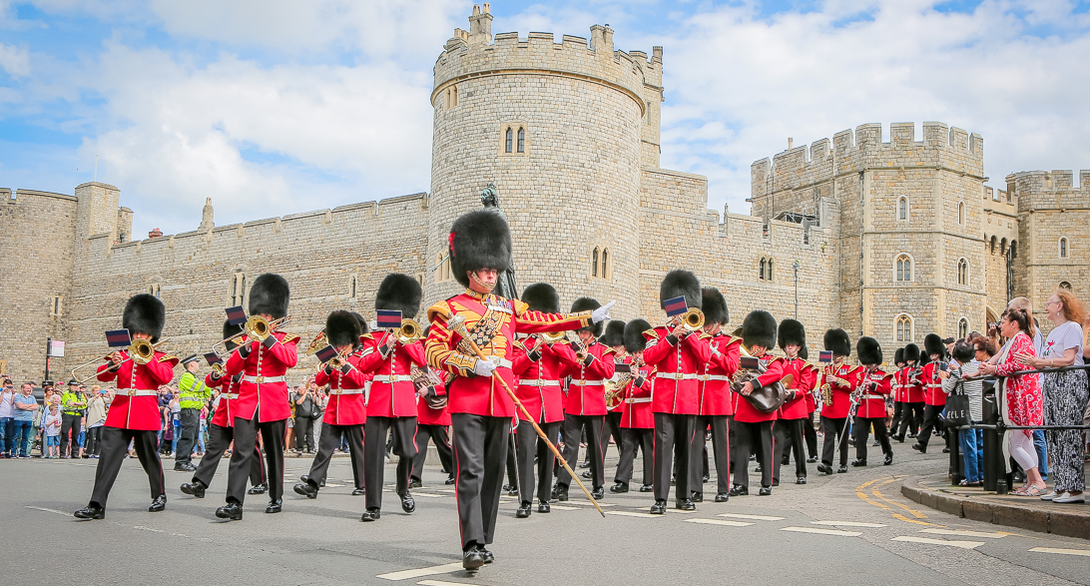 The Changing of the Guard takes place at Windsor Castle amidst the stunning Windsor Castle. The High Street is regularly lined by sightseers, watching as traffic is halted to allow the troops to march along the route from the barracks to the castle led by a colourful regimental band and then later the return of the old Guard following a 24 - or 48-hour watch.

Has produced many iconic photos of Windsor. From the Castle gate to the foot of the statue of King George III (The Copper Horse) The long walk measures 2.64 miles in length. So, a run there and back is a great distance for joggers and is an immensely popular route for walkers too.

The Brocas is a large meadow adjacent to the River Thames and part of the floodplain. It belongs to Eton College. It affords magnificent views of Windsor Castle,  St George’s Chapel and the Curfew Tower.
The name comes from the Brocas family. They were originally from Gascony where they fought for several generations in the English cause against the French, the family finally settling in England and acquiring a considerable amount of land in Eton and Windsor.

It is a popular area for dog walking, picnics and flying kites.

Red Deer are easily spotted, with a population of around 500 that roam freely around the Deer Park enclosure.

Legoland Windsor, is a child-orientated theme park based on Lego toys. The attractions include over 55 rides, live shows and attractions!

Legoland Windsor typically opens from March to November, with closures on some days. 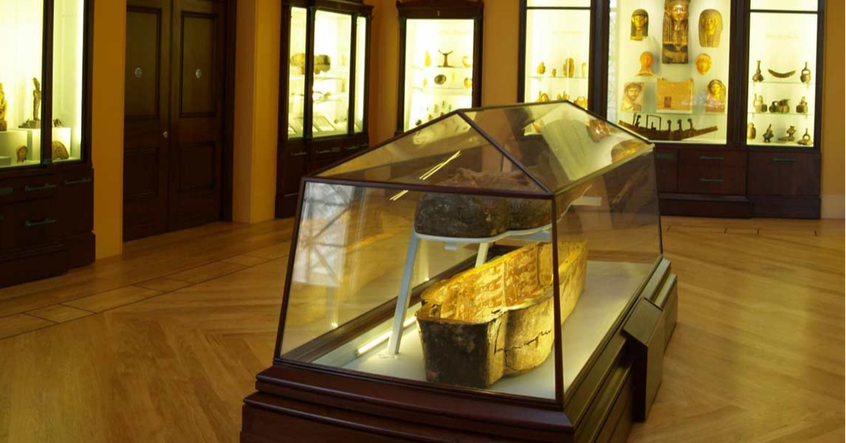 Explore and discover artefacts from the ancient world, with opportunities for hands-on learning activities.

On display are objects which cover a vast geographical and chronological frame: from Australia to Afghanistan and from Peru to Babylon. There are tools and weapons dredged from the Thames and the Tiber; potsherds from Knossos on Crete and the foundations of an Eton boarding House.

There are also cuneiform tablets from Mesopotamia and Greek ceramics collected by Sir William Hamilton in the 18th century. Along with an amazing collection of flint hand-axes, some of which date from well before the emergence of homo sapiens.

Close to the Thames, this lovely garden has a play area for children aged 3 – 8 years and a picnic spot.

There is also a bandstand and the band of the Royal Horse Guards played there regularly in the past. A replacement bandstand was built in 2016 - a Royal Borough heritage project was awarded a grant from the Armed Forces Community Covenant, celebrating the unique and long-standing links between the Queen, armed forces and Windsor.

It also commemorates the Queen as the longest reigning monarch in British history and in turn the longest-reigning Head of the Armed Forces.
Windsor has a lot to offer and we hope that whether you are here for business, pleasure or both that you have a wonderful stay.  For your next trip to Windsor remember to book direct either by sending us an email: bookings@cliffordco.co.uk or call us on 0203 488 4102 and we will be happy to assist.

Check availability at our Apartments